The gaming peripheral market has been truly shaken up lately with extremely good gaming mice, headsets, and budget mechanical keyboards. While those changes were indeed splendid, the biggest, most notable change happened in the gaming mousepad industry with the rise in popularity of Artisan mousepads.

Artisan is a Japanese company that produces the highest quality grade mousepads on the market currently. Calling Artisan mousepads premium is an understatement – these mouse pads are just that good!

Among these Artisan mouse pads, the Hien is one of, if not the most popular and highly regarded mousepad. Today I will give you a detailed review of the Hien after using it daily for a month.

Artisan does a lot of things correctly when it comes to their mousepads, and packaging is part of that. The Artisan Hien gaming mousepad comes flat-packed which ensures it will lay flat on your table from the very second you take it out.

This type of packaging also ensures that the cloth surface will not crease or detach itself from the rubber base after excessive rolling. 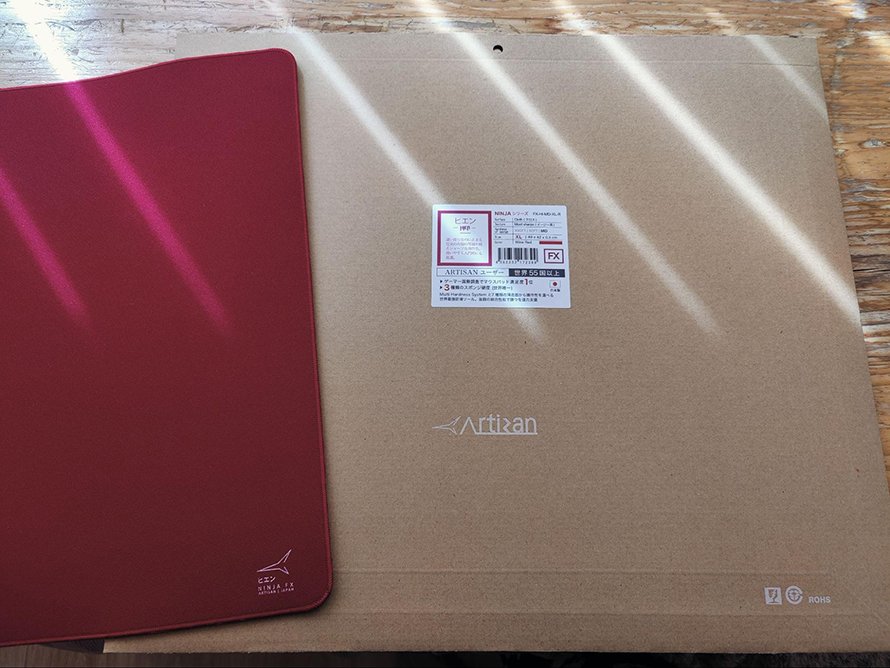 The main feature of this mousepad is its unique hybrid surface. This special surface comes with its benefits and downsides but if you are looking into buying a Hien you are probably ready for some of the drawbacks.

The Hien is a fast pad especially if you bought it in medium softness like I did. This is a big perk of the hybrid surface which has low static and kinetic friction. This allows you to move your mouse with ease from a full-stop and continue your glide seamlessly while micro-adjusting your aim.

This also means that this pad has a lower level of stopping power but that is to be expected from a fast pad. The freedom of movement this pad offers is absolutely incredible and if you are someone that has a decent level of mouse control it will become very hard to go back to any other mousepad.

The hybrid surface also means the pad is durable and unlike regular cloth mousepads like the QCK or the G640, it will not lose its glide in 2-3 months.

A good practice to maintain the speed of your Hien is to clean it regularly with a microfiber cloth and rotate the mousepad around so you break in the entire surface of the pad without creating slow spots.

The downside of this special surface is that it is rough because of its textured surface but it is still nowhere as rough or textured as an MP510.

If you have sensitive skin I would recommend wearing an arm sleeve. I use an arm sleeve for less friction while aiming and have never had any issues with the pad feeling too rough. 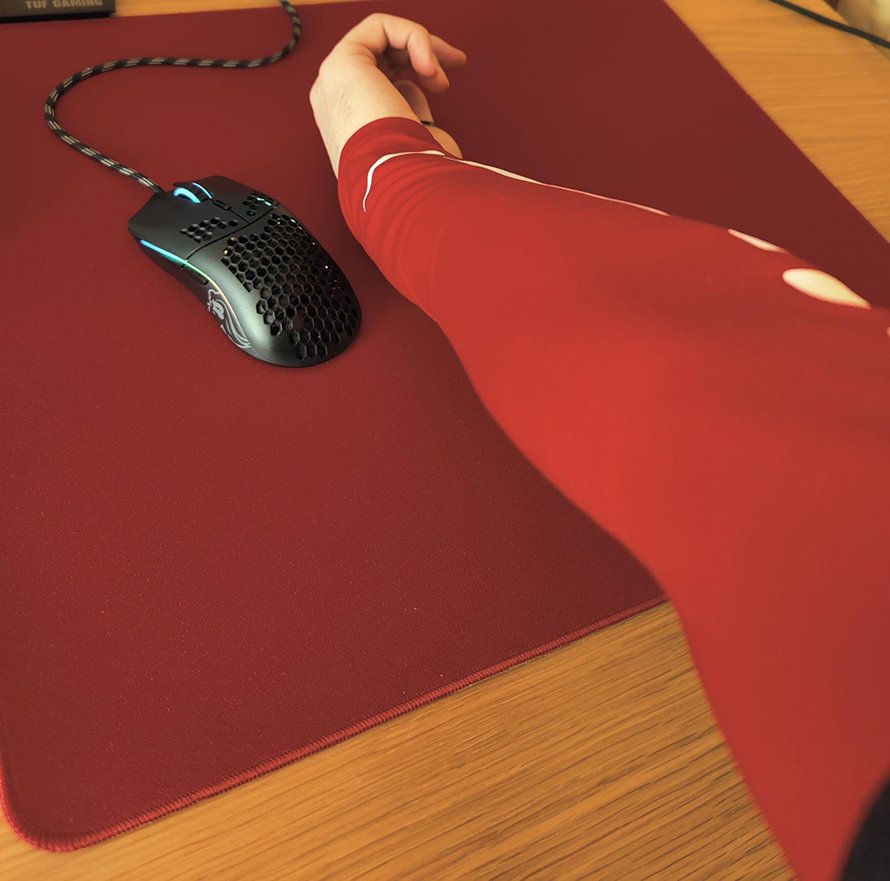 The only other real downside I can think of is the fact that the pad might be too fast for certain people, but that is not an issue with the pad, but with the level of skill of the user. As we gamers say – Git Gud.

I have tried many mousepads which I considered to have good stitching, but boy oh boy is the stitching on the Artisan Hien mousepad clean. It is extremely neat, durable and you cannot even feel it on your arm while playing whatsoever.

This is the most used corner of the mousepad where I keep my arm 90% of the time. The stitching did not fray after a month of heavy use while aim training and FPS gaming.

All I can say is that there is no edge stitching better than what Artisan has on their mousepads – period.

The rubber base of the Artisan Hien mousepad was another interesting surprise for me. Once again, I have used A LOT of pads over the years but never have I seen such a unique rubber base used on a mousepad. 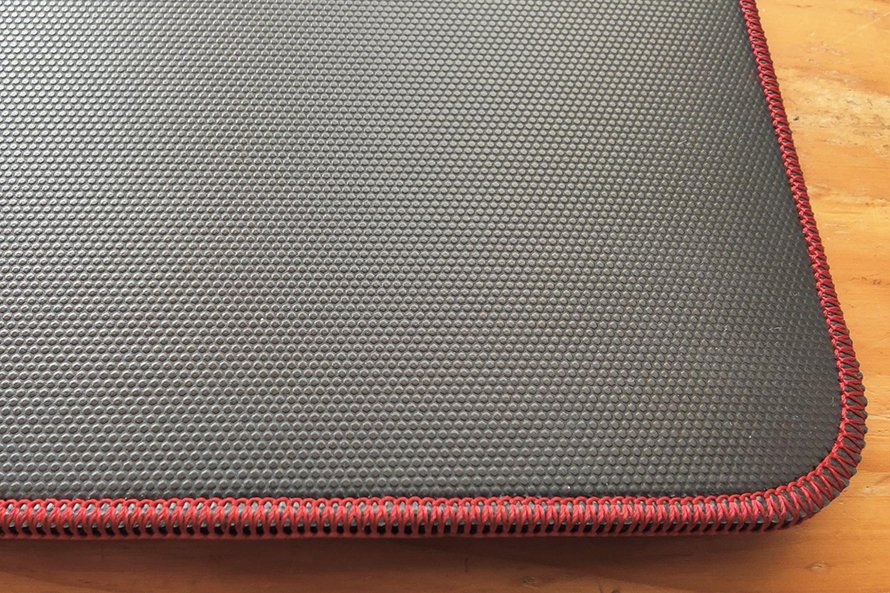 Instead of the usual feeling where the mousepad lays on the table and is hard to move, my Artisan Hien mid functions more like a suction cup. I lay it on the table and then it becomes this immovable object impossible to bulge unless I pick it off the table entirely.

In fact, the rubber base is so good it actually becomes an annoyance sometimes, since I like to micro-adjust the position of my mousepad depending on how I hold my keyboard. Because the mousepad literally sticks to the table I CANNOT move it unless I lift it off completely and place it once again the way I want it. For me, this is a blessing and a curse in disguise.

I have also read reports that the rubber base is a bit of a hit-and-miss on certain surfaces but I have tested it on 3 different wooden surfaces and 2 glass ones and I can move the table across the floor while pushing onto the mousepad.

Until this point the Artisan Hien mid gaming mousepad has received unending praises, but here is where the narrative changes a bit.

The biggest issue with the Artisan mousepads is availability and the overall cost incurred when purchasing one. These mousepads are mostly available on the official Artisan site which means you have to import the mousepad from Japan.

I live in the EU and for me, the shipping of the mousepad ended up being 30 Euros, plus another 25 for the customs fee. The Hien wine red in the XL size I have purchased costs 40 Euros. Overall I have spent 95 Euros for an XL mousepad – an insanely high price for a piece of cloth on your table.

There are also Artisan mousepads on Amazon but the prices are about the same if not worse and you always have to worry about receiving a knock-off product.

The good news is that Lethal Gaming Gear for NA and MaxGaming for EU have said that soon they will have Artisan mousepads in stock which will drive their prices down a lot.

What are your options for now then? Well if you are willing you can spend around 100 Euros on getting the mousepad and enjoying your experience. Alternatively, if you are on a tighter budget you can try the Odin Infinity XL which I would consider Hien’s little brother.

The Infinity is significantly cheaper but retains about 90% of how Hien’s surface feels. 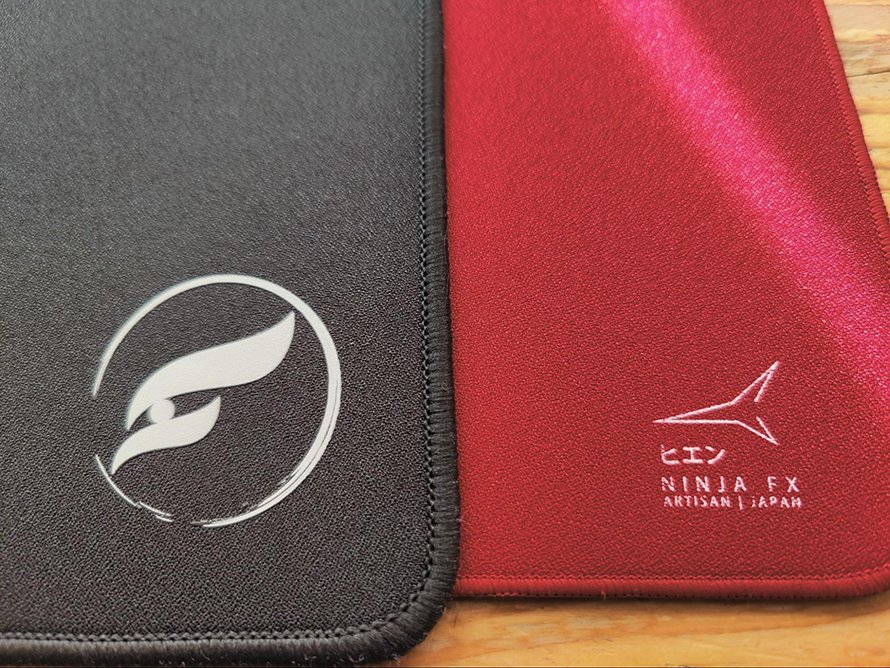 There will be differences in all other aspects but if you want a Hien-like experience for cheaper then the Infinity is the way to go.

So is the Artisan Hien mousepad experience worth it? My answer is ABSOLUTELY! Owning an Artisan is a truly enlightening experience since you can see how high the standards can be pushed for the mousepad industry.

It becomes significantly harder to look at any other mouse pads that simply do it wrong. The biggest downside as mentioned above is the overall price of the pad, but it seems that soon enough that will no longer be the case.

So does the Artisan Hien live up to the hype? HELL YEAH!

The Artisan Hien gaming mousepad is a masterpiece well worth its cost. From the well-thought-out packaging to its unique and durable surface, to the pristine stitching and insanely good rubber base. This is the industry standard all companies should try to achieve!

How to Add More USB Ports to Your PC or Laptop

Standardization is great because it eliminates the need to have multiple adapters, cables, dongles and ports, for devices which could all use the same type of port, which is why USB is great, or rather, why it could be. Even with USB, there are different types, namely type A, B and C, and even they […]

What is USB4? – Everything You Need to Know

As technology progresses, we get new iterations of already existing standards, such as USB. The current version of USB, namely USB4 or USB 4 if you ask the internet, is a cut above the previous version. With faster transfer speeds as one of the improvements, USB4 already has more up its sleeve. Unfortunately, USB4 followed […]

Using external storage is something familiar to us. However, companies in charge of standardization can make a mess out of naming schemes and add confusion instead of making their products easier to understand for everyone. USB is one of those industry standards that has become more confusing over the years. The notion of USB 3.0 […]