The Best Memory Cards for Cameras in 2021

Getting the best memory card for camera doesn’t have to be that hard. All you need is a detailed guide on how to choose the best and a wide selection of memory cards. And we have both.

First, we will show you memory cards available on the market that include the best SD card, CF cards, CFast card, and XQD card choices. Next, we prepared a detailed guide on how to choose a perfect memory card for your camera. Let’s begin. 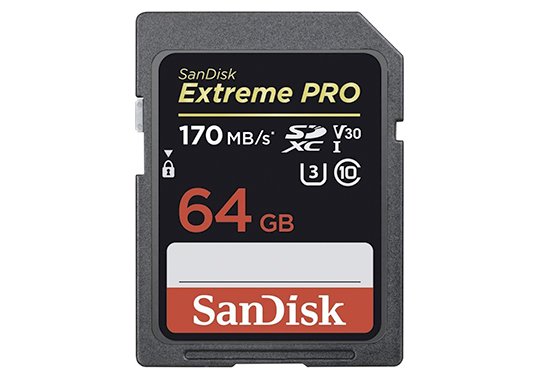 Just remember that to achieve the maximum transfer speed you have to use SanDisk USB 3.0 card reader or another compatible card reader. 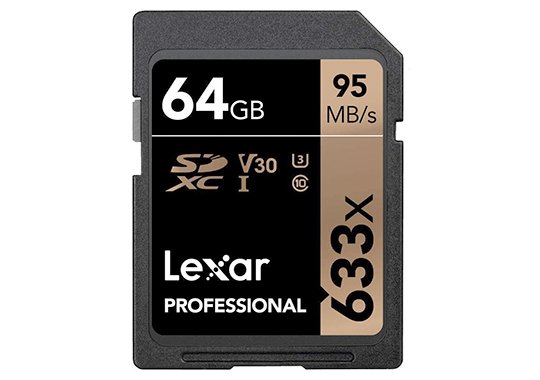 Transfer speed is rated at 95MB/s and to achieve it you don’t have to buy a proprietary card reader as is the case with the SanDisk Extreme PRO SDXC. Just remember that this card shouldn’t be used with high-end DSLRs and camcorders. Overall, this is an excellent budget SD card. 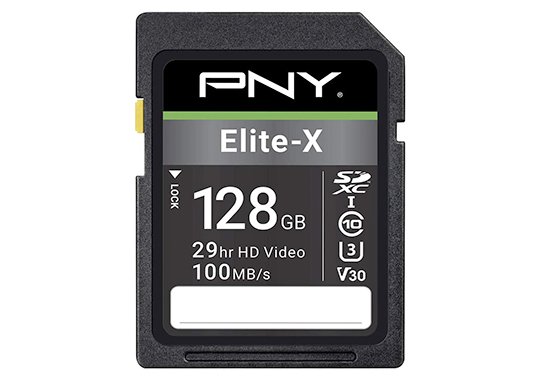 The PNY Elite-X is a solid budget SD card that can be used for 4K video recording. The card features minimum write speed of 30MB/s and read speed that can reach up to 100 MB/s. While the specs are more than decent and suitable for mid-range DSLR cameras and camcorders, the downside is that this card is available in capacities of only 64GB and 128GB. 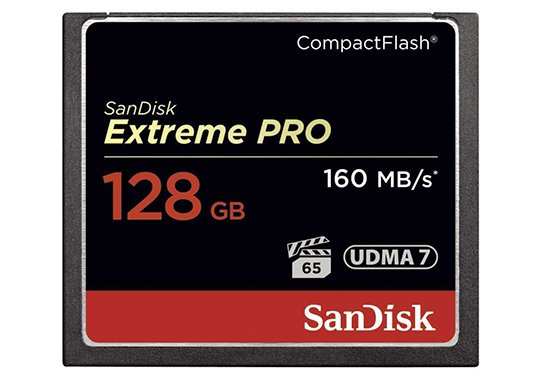 If you need a quality compact flash card for your high-end camera, check out the SanDisk Extreme PRO. The card features the minimum write speed of 65MB/s, which should enable continuous recording of high-quality 4K videos.

Read speeds can go up to 160MB/s, which is the maximum UDMA 7 standard supported on this card offers. Finally, the card comes with a lifetime warranty, which is always a plus. 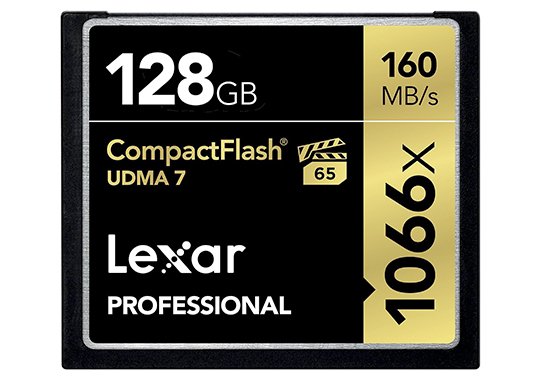 The Lexar Professional 1066x CompactFlash Card is an excellent compact flash card for high-end cameras. It comes with VPG65 support and has a maximum read speed of 160MB/s. These cards are also a bit cheaper than their SanDisk Extreme PRO counterparts.

On paper, everything’s great. But some user reviews report corrupted cards and cards that come with build defects. While this is an excellent CF card that comes with a lifetime warranty, getting a defected product can be a major pain.

The Best CFast Memory Card For Most Users

If you require a fast CFast memory card for your high-end DSLR or camcorder, check out the Silicon Power CFast2.0 CinemaPro CFX310. The card has superb specs. CFast 2.0 support allows for up to 330MB/s write speed. This means continuous recording of cinema-quality 4K videos. Just not expect to be able to shoot at 4K lossless in every codec.

Read speed is also impressive. At 530MB/s it can match SATA SSDs. Last but not least, the card is available in up to 512BG capacity. The only slight downside is the 3-year warranty period. Most competitors offer a lifetime warranty. 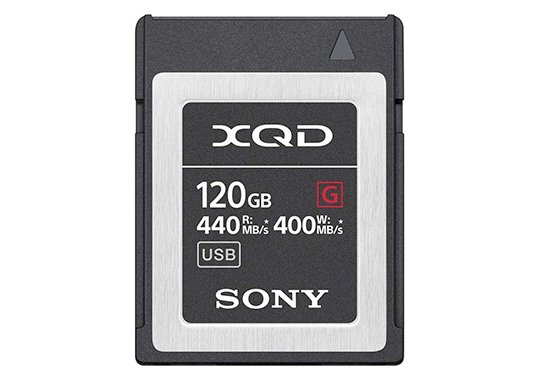 If you need an XQD card for your Sony or Nikon DSLR, look no further than the Sony Professional XQD G series memory cards. This is a robust memory card made for recording high-quality 4K video and continuous RAW burst shooting. Write speed can reach 350MB/s but real-life tests show a minimum write speed of about 237MB/s when used for recording. Impressive even though lower than advertised.

Read speed can reach 440MB/s and in real-life tests, the card reached about 315MB/s read speed. Not as impressive as write speed but still pretty good. The only major downside of this card is the price, which is fairly high for any memory card. 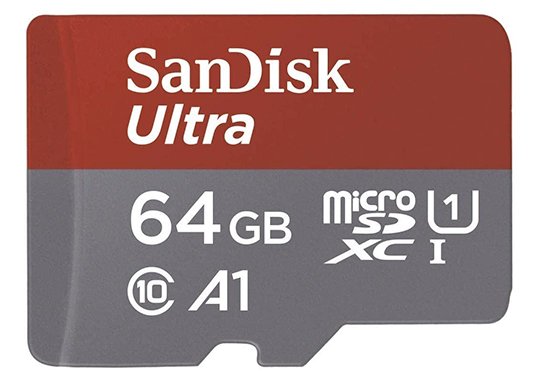 The SanDisk Ultra MicroSDXC UHS-I Card is a reliable micro SD card for varied usage. You can use the card not only with action cameras, DSLR’s, and other cameras but also with a wide range of devices such as laptops, smartphones, drones, etc.

The minimum write speed is 10MB/s, which is enough for older GoPro models and their 1080p recordings. If you have a 4K action camera, look somewhere else. Read speed can go up to 100MB/s, which is pretty good. Finally, the card comes with a 10-year warranty. 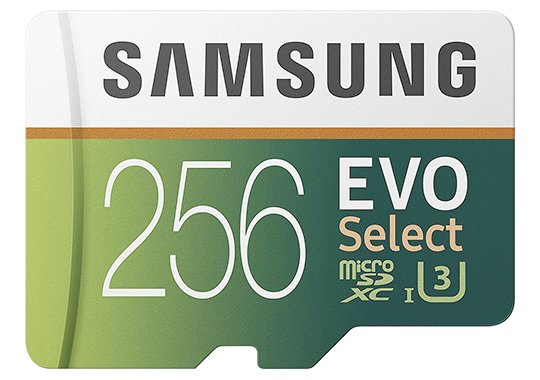 All of you who own a newer GoPro model or any action camera capable of recording 4K video, this is the card to buy. This Samsung micro SD card comes with a minimum write speed of 30MB/s, which should be enough for 4K video recording on any action camera.

Advertised read speed can reach 550MB/s but we wouldn’t take that as a guarantee. In real life usage expect read speed of about 93MB/s. Overall, this is a great micro SD card that’s perfect for action cameras. It comes with a 10-year warranty and an affordable price.

How To Choose A Memory Card For Camera

The best SD card for DSLR doesn’t have to be the best for GoPro. The reason is that different devices support different memory card types and can benefit from different read and write speeds.

Luckily, picking the best memory card for the camera boils down to just a couple of steps. Let’s cover each of them.

Which Memory Card Type You Need

SD cards can be complicated – The good old SD card is more complicated than it looks on the surface. Different SD cards feature different capacities and read speeds. Depending on their capacity, they are labeled as SD, SDHC, SDXC, and SDUC.

Regular SD cards have a capacity of up to 4GB. SDHC cards can store between 4 and 32GB of data. SDXC cards are made in sizes from 64GB and 2TB. Finally, SDUC cards can hold more than 2TB of data. Now, most modern cameras can use SD, SDHC, and SDXC cards. If you want to get an SDUC card, double-check if your camera supports it.

Older camera models may come without support for SDXC (models released before 2010) or even SDHC (models that were released before 2008). If you have an older camera, read the manual before getting a large capacity SD card. Do mind that all the above works for microSD cards.

Compact Flash cards – These memory cards are way older than SD cards but they are still used in many camera models. They offer high write speeds and have a similar range of capacities as SD cards. On the other hand, they are much larger than SD cards.

Despite their chunkier dimensions, CF cards are still in use because they offer better durability than SD cards and come with the same read and write speeds, allowing them to be used for UHD video recordings. Most professional cameras have both SD and CF card slots.

Difference Between Compact Flash and CFast Cards – CFast Cards are the next generation of Compact Flash card technology. While regular CF cards use the outdated IDE – or PATA – interface used in older hard drives and CD-ROM devices, CFast cards use the currently popular Serial ATA (SATA) Interface that enables much higher read and writes speeds. For the best read and write speeds get a CFast card with the CFast 2.0 logo.

XQD Cards – XQD is the latest memory card technology. These cards are currently used in just a handful of Nikon and Sony cameras with more XQD-compatible models coming in the future.

Aside from different capacity labels, SD and compact flash memory cards have various speed classes. Faster cards are used for recording higher resolution videos. Higher the resolution higher the write speed must be in order to capture that video.

If you need a memory card for recording 1080p video, look for class 6 SD cards or higher. Class 10 is suitable for the 4K video. When it comes to photos, even the class 4 SD card can fit the bill.

UHS-II cards come with a new data bus and if inserted into a slot of a device that doesn’t support the UHS data bus, the card will default to slower read speed.

If you need the best SD card for 4K video, get anything between the V30 and V60. For the 1080p video, any V speed class will be enough. The same goes for photos.

Compact Flash cards come with different speed classes. Ultra DMA 7 (UDMA 7) CF cards are the ones you should be looking for. They offer the best read and write speeds and are suited for 4K video recording. UDMA 7 standard allows for up to 167MB/s read speed.

Next, some CF cards show read speed as a number followed by x (for instance 1000x). This can be confusing, but there’s a simple formula for calculating read speeds labeled that way. Just divide the number with 6.666 and that’s it. for instance, read speed of 1000x translates to 1000 divided by 6.666, which equals 150MB/s. Easy.

Finally, there’s another label that guarantees minimum write speed that is used on CF cards. The VPG or video performance guarantee logo is a clapboard with a number inside it. There are three VPG classes – VPG 20, VPG 65, and VPG 130. These stand for 20MB/s, 65MB/s, and 130MB/s, respectively. If you’re looking for a CF card that’s guaranteed to offer continuous write speed for UHD video, look for one that has the VPG logo on it.

The best compact flash card should come with UDMA 7 support, with 1066x read speed and with at least VPG 65 logo on it.

What is 3D NAND Flash?

Storage drives have been progressing for the past 70 years, to the point of having massive storage sizes at affordable prices, which are reliable enough for consumer and industrial uses. Storage size, however, is just one parameter that drives needed to meet. Speed became important when CPUs and RAM speeds started increasing, making storage drives […]

What is an EAMR Hard Drive? – What You Need to Know about Modern Storage

When first made, hard drives, or rather, storage devices, were the size of a room. As years went by, storage devices changed shape as well as size, until we reached a couple of standardized formats, namely 3.5 and 2.5 inch hard drives, the former often used for large storage sizes. However, traditional technologies such as […]

External hard drives have grown a lot in demand since they do prove very useful in terms of portability, easy access to terabytes of files, fast transfers, secure backups, and similar features. However, not all devices that you will buy are going to provide you with the same features. As a result, today we’re going […]

What is M.2 And Why Should You Care?

To the ones who are not familiar with tech lingo, especially terms which are often used next to one another but stand for different things. SATA, M.2, NVME, all of these things are abbreviations for storage-related principles and specifications. Understanding all of these abbreviations would clear up many issues, but it is often best to […]

Solid-state drives and the technology surrounding them can even to this day be somewhat enigmatic. There are plenty of words and terms being used in the IT sector, and that was prior to the mainstream usage of NVME SSDs and the M.2 standard. But who can forget SATA drives, which are still to this day […]