Plugging in a new device and setting it up can be a nuisance, especially if you want to get into a competitive game. Controllers are not new, by technology standards, but for some people, they might be the newest smartphone with an unknown operating system.

Apart from the standard controller options that have to be set on a per-game basis, controller deadzone comes to mind as a frequent problematic experience gamers have. With that in mind, what comes next is an explanation of what controller deadzone is and how to troubleshoot and fix it.

What is Deadzone on Controller?

Controllers have analog sticks that are used to move along the x and y axis in various video games, from shooters to RPGs, or rather, any 3D game. They have been around since the first PlayStation and XBox.

This Rocket League visualizer should help understand what a controller deadzone is.

Given that we move our hands around while gaming, analog sticks are also very likely to move, even without us intentionally doing so. Poorly made controllers are even worse in this case, where sticks can move at the slightest nudge.

When you set the deadzone sensitivity too low, sticks can move on their own, seemingly without any input. This is known as stick drift. Stick drift can be very frustrating to deal with, but so is an unresponsive controller. The key is to set the deadzone in between, so that there is no drift, but the controller remains responsive and usable.

How to Find and Fix Deadzone Problems

As far as video games are concerned, deadzone settings should be done in every game respectively. For Rocket League, that means adjusting a few different settings.

Mouse sensitivity has nothing to do with controller settings, other than to irk players and start PC vs console or mouse and keyboard vs controller debates. 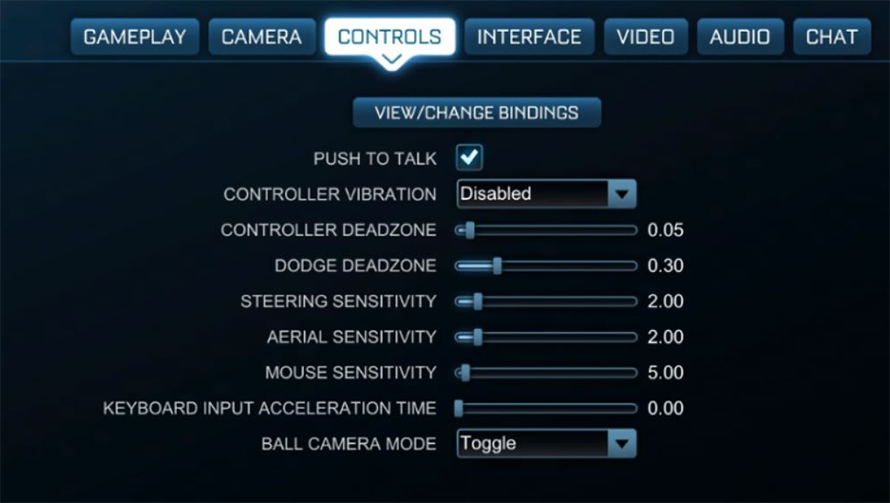 How to Change Deadzone on XBox One Controller

When it comes to Microsoft and the XBox, controller settings can be confusing. Luckily, Microsoft support is quick to answer questions and clear things up.

One should still adjust their controller for every game according to their preference. A universal setting is hard to maintain over a plethora of games due to every game having different acceleration and sensitivity curves.

Controller deadzone is an area where the input of your controller is not registered. It is used to adjust the analog sticks so that they do not drift (move without any input) or so that they are not overly slow and laggy.

Remember to adjust the settings in every game so that your controller sits at just the right spot for a good experience.

What Are the Best MSI Afterburner Settings?

GPU overclocking is a well-explored topic in the PC optimization world since it can achieve real performance gains that can be easily measured. The most common tool used for GPU overclocking is MSI Afterburner and as with any other tool, there are settings you need to familiarize yourself with to use the utility to its […]