by XbitLabs Staff
XbitLabs participates in several affiliate programs. If you click links on our website and make a purchase, we may earn a commision. Learn More

The simple comparison among the two is that DDR4 (DDR means Double Data Rate) is the new generation of RAM kits while DDR3 is the one facing obsolescence. But it cannot be that simple, right?

Here is a comprehensive overview for you to easily understand their differences.

DDR3 RAM modules have 240 pins while DDR4 kits have 288 pins. The key notch is slightly more to the right on DDR3 RAM modules while on DDR4 modules, it is more centralized. 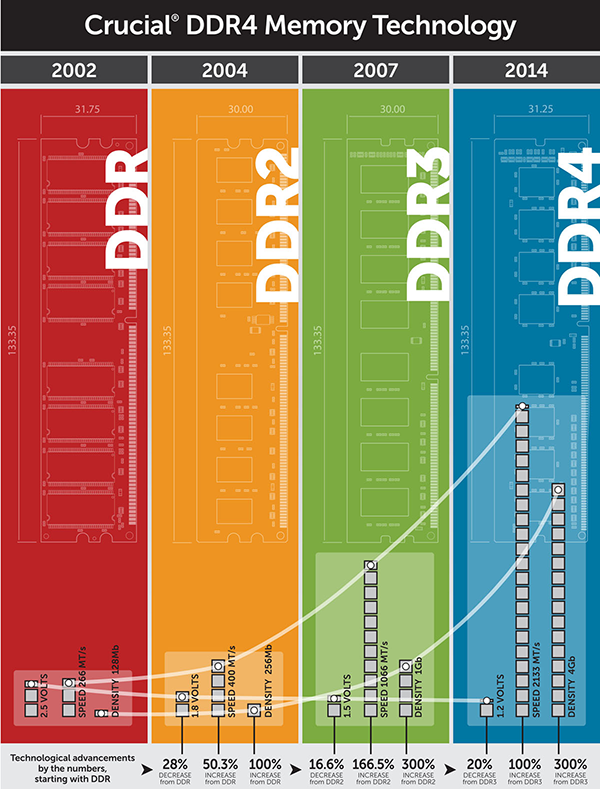 Motherboards are usually exclusively compatible for either RAM type due to their physical differences, so checking for compatibility before buying a new RAM kit is usually a good idea. A few motherboards do offer compatibility for both memory types.

RAM clock speed is the frequency at which the module operates. Less frequency is slower while higher frequency is better. The frequency shows the number of mega transfers the RAM module does in 1 second.

DDR3 RAM kits operate within a range of 800 MHz and 2133 MHz. There is potential for overclocking and boosted DDR3 kits have been reported to reach 3200 MHz, but these are extremes with dedicated cooling methods.

The frequency range of DDR4 kits starts at 1600 MHz with no defined upper limit. This does not however mean that you can get very high performing kits as performance is still limited by external factors.

However, for most DDR4 kits you will need an XMP (Extreme Memory Profile) supporting motherboard for the rated frequency. If you use the kits on unsupported motherboards, the clock speed will be set at a default of 2133 MHz.

XMP support needs to be kept in mind when buying high performing DDR4 RAM kits or you risk wasting money on expensive RAM that cannot run at its full potential.

All things considered, whether you are buying a DDR3 or DDR4 RAM kit, motherboard compatibility is something that should not be overlooked.

CAS latency shows the number of cycles taken by the RAM to send data. It is also dependent on the length of the cycle. The smaller the CAS (Column Address Strobe) number the faster the RAM module usually is. Latency timings are shown as 16-18-18-36 and you want the numbers to be smaller.

DDR3 kits are better in this regard as they usually have a CAS latency of 9 or 10. DDR4 RAM kits have a minimum CAS latency of 15. DDR4 kits more than make up the difference with their faster clock speeds.

Overall, the bandwidth for the aforementioned DDR4 kit comes out be 21.3 GB/s while for the DDR3 kit it is 12.8 GB/s. Clearly better latency does not make up for the slower clock speed of the DDR3 module.

DDR3 RAM generally operates around 1.5 V while you can expect to see DDR4 RAM kits operating at around 1.2 V to 1.35 V. It is not much of a difference but accounts for one to those looking to overclock their RAM modules, as DDR4 RAM kits run at cooler temperatures and can handle heat better.

The maximum memory for the DDR3 RAM kits is limited to 16 GB. DDR4 RAM modules have an upper limit of 64 GB per memory module, while the commonly available kits feature 16 GB or 32 GB capacities.

Realistically, the performance upgrade from DDR4 kits is somewhat marginal. Still, DDR4 modules are the way to go if you are looking to buy RAM kits. Newer motherboards will usually only support DDR4 RAM and getting compatible parts for a DDR3 kit would be a hassle in itself. 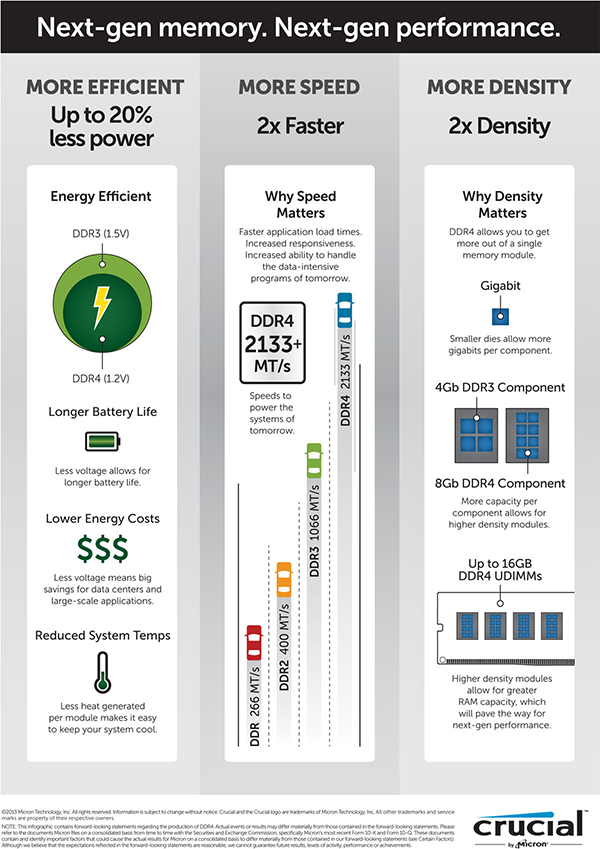 The costs for kits also vary depending on the availability of stock. DDR4 is more common, so it should be available at more competitive prices while buying DDR3 RAM may be quite difficult due to low demand and scarcity.

The memory cap is also noteworthy, as for the average user, more RAM is much better than faster RAM. Going specifically for faster RAM modules is only justified in very niche scenarios. It is generally not recommended to bottleneck the rest of your hardware all for the sake of fitting in a specific RAM kit.

In conclusion, you should generally go for DDR4 modules, as it is the step forward in RAM tech.