The reason why there are a few different form factors for motherboards, and why they even exist at all, is so that each module can already fit perfectly in existing rackmount systems, cases, and similar. This is so that each new type of motherboard made doesn’t have to search for a special casing just for it.

In any case, let’s dive in deeper and find out everything you need to know about motherboard form factors, how they work, the main types, and more.

What Are Motherboard Form Factors? 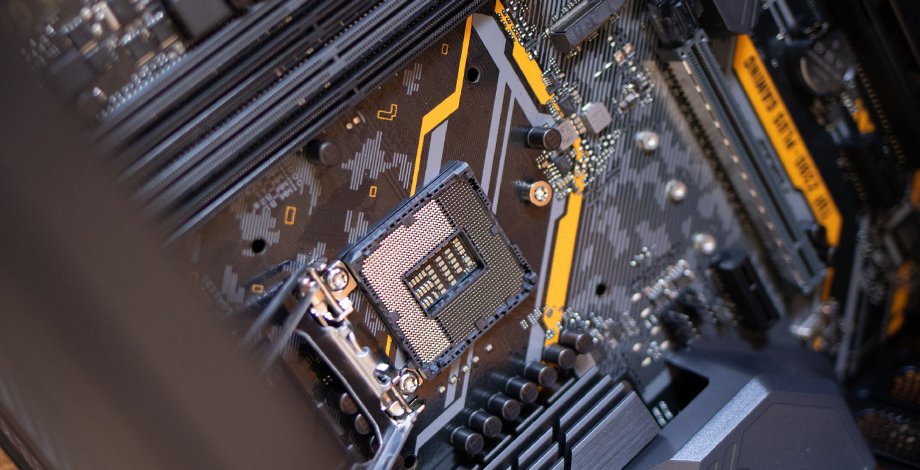 We already mentioned a few of the main purposes the motherboard form factor was designed in the first place. However, this technology wasn’t perfect in the beginning, as the AT form factor, which is among the first-ever introduced, had many flaws compared to the most popular ones used today.

As we all probably know, the motherboard is an essential component of any computer. It serves a crucial role in connecting all parts of the computer together, making them work in sync and perform countless operations as a whole. 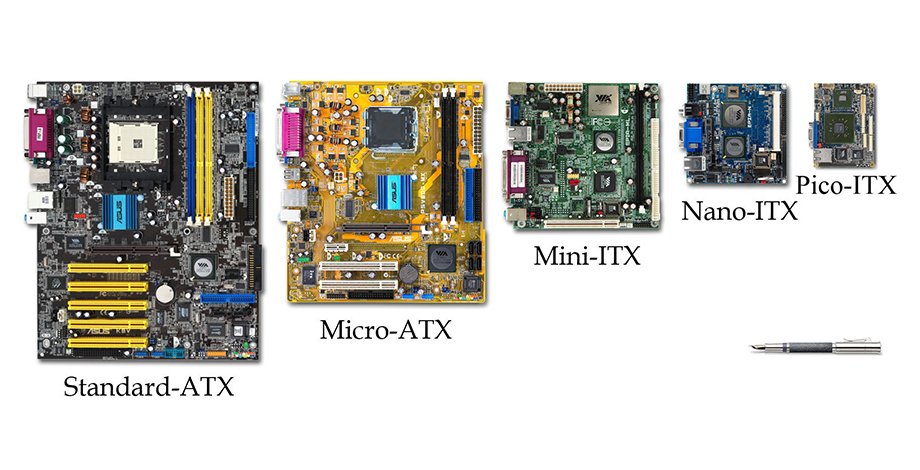 Among the first most commonly used form factors for motherboards was the AT form factor. Not long after, the Baby AT was released and found its way to many computer makers out there. However, even though these form factors got the job done, today there are more advanced and overall better ones that are used universally.

ATX stands for Advanced Technology Extended, and it is the single most popular out of all the types of motherboard form factors that are used globally today. Many of the most powerful and best-selling motherboards feature this form factor and it is definitely not without reason.

The ATX motherboard includes dimensions featuring 9.6 x 12 inches. It is the biggest of the following most popular and commonly used form factors you will see on this list. The ATX form factor features various improvements compared to its predecessor, including better airflow, integrated input, and output ports, Start Control by software, reduced hardware cost and energy consumption, less heat, expansion slots without interference, and more.

The Micro ATX form factor is an evolution of the standard ATX that came out only 1 year later. It features standard measurements of 9.6 x 9.6 inches and it is generally known as a smaller variant of the ATX motherboard form factor, featuring an approximately 25% decrease in size. This is basically the budget version of the ATX.

This one is still compatible with the most common ATX cases but it lacks a few slots and is intended for a smaller power supply. This is still nothing to complain about, as even though most of the best gaming motherboards out there feature an ATX form factor, it is not uncommon at all to see a Micro ATX form factor in many of them.

In 2005, AOpen designed another evolution to the ATX that was even smaller than the Micro ATX. This motherboard form factor featured many differences from the standard ATX, as it was intended for different devices as well. The Mini ATX includes measurements of only 5.9 x 5.9 inches and it was designed with Mobile on Desktop Technology (MoDT).

This basically means that they adapt mobile CPUs so that there will be less power requirement and less heat generation as well. It also means better application capability, making it an essential motherboard form factor for countless devices out there.

Moving on, another one of the most popular and commonly used motherboard form factors today is the Mini ITX, which was created by VIA in 2001. This one measures 6.7 x 6.7 inches in size and was originally developed for fan-less cooling systems like home theater systems, set-top boxes, and similar devices where cooling noise could present a distraction. However, such motherboards can still provide enough features to build a strong gaming PC as well.

The Nano ITX was also developed by VIA Technologies in 2003 but was implemented in late 2005. This motherboard form factor is even smaller than the Mini ITX, standing at a maximum size of 4.7 x 4.7 inches.

Lastly, one of the smallest yet highly applicable motherboard form factors on this list, the Pico ITX. This one is almost half the size of the Nano ITX form factor, standing at a maximum size of 3.9 x 2.8 inches. It originates from VIA Technologies and was published in 2007. Despite its size, the Pico ITX finds countless possibilities in industrial automation devices, vehicle computers, and more. 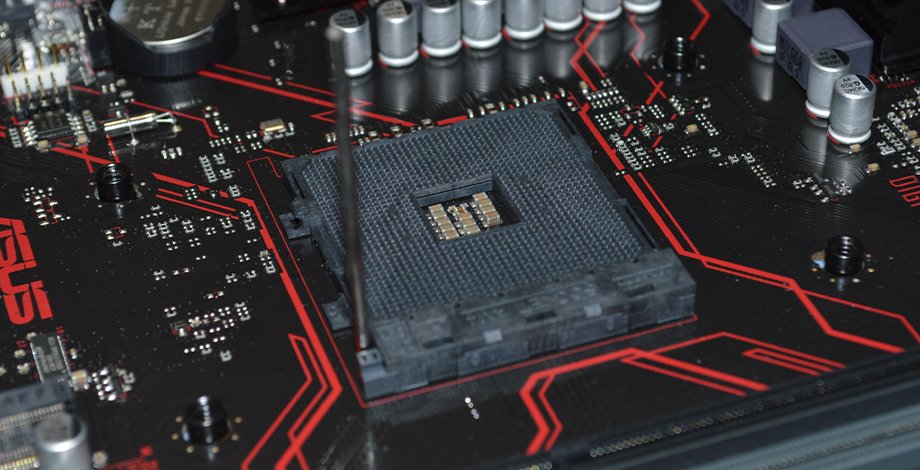 From what we’ve seen so far, it’s safe to conclude that the form factor of the motherboard is essential and needs to always be taken into account. It’s essential in terms of compatibility and making sure the device it is intended for works perfectly and without any issues. However, if you’re a consumer who is buying a pre-built PC or anything similar, then worrying about the form factor of the motherboard isn’t something you should focus on.

On the other hand, if you yourself are building your own PC, you must make sure that all the parts fit, and the form factor of the motherboard is the first thing you must consider before choosing the other components like GPU, CPU, RAM, and even the case. Basically, the motherboard form factor will decide what type of PC you build and what types of components it will include.

What Is DPI and What DPI Should I Use For Gaming?

In gaming, there are a couple of important metrics to be aware of, and one such metric is DPI. Today we will discuss what is DPI, how does it affect your gaming experience, and also give you some guidelines on what DPI and sensitivity you should use in your games to maximize the effectiveness of […]

AMD vs Nvidia – Which GPUs Are Better?

With the most recent developments in the tech world, buying a GPU is akin to finding gold on the sidewalk – almost impossible. Let us still imagine that you would be an extremely lucky person that could buy a GPU, which one would you go for AMD or Nvidia? Today we will give you a […]

What to Do if Your GPU Fans Are Not Spinning?

In this day and age PCs are machines that can operate solidly for many years without any hiccups. At the same time, there are always situations in which you need to do a little bit of troubleshooting to get your PC in working condition. Today we will discuss one such situation when you need to […]

What Are CPU and GPU Bottlenecks and Why Every System Has One!

The biggest fear of gamers and PC builders is bottlenecking their system with a component and ruining their otherwise 500FPS+ experience. Jokes aside, bottlenecks can become a pretty big issue if you have inadequately planned when building a PC and have used components that will significantly degrade each other’s performance when assembled. At the same […]

EATX vs ATX vs Micro ATX vs Mini ITX Motherboards

The motherboard is a crucial piece of technology for more than just the PCs and laptops we use in our lives. You may have heard of acronyms like ATX, Mini ITX, and similar when it comes to choosing the best components for gaming PCs but all of these motherboard form factors are implemented in countless […]

How Much Ram Do You Really Need?

If you are thinking of building a new PC or perhaps upgrading an old one, a question that often pops up is how much RAM do you need to make sure your system is running smoothly? The article will explore this topic and give you quick tips with a basic idea of what to look […]