If you have ever wanted to get some more FPS from your Nvidia GPU you have most likely thought of trying different drivers to see which one is better. In the PC tweaking community, people have tested multiple titles and the consensus is that you should run the oldest drivers your card supports.

This is because the oldest drivers seem to be the best in terms of latency and performance. Since I cannot trust anything without seeing it for myself, and since the main guideline for everybody in the tweaking community is to test it for yourself, that is exactly what I did.

The testing has been done on my PC with a 5600X – RTX 2070 – 16GB 3600MHz RAM. The PC is running a custom Windows ISO called KernelOS (1809), with a custom power plan, latency tweaking, and a bunch of other custom settings that allow me to push my system for the best latency and FPS.

All of the power limits were off and the case fans were cranked up to 80% to ensure no thermal throttling would happen.

I will be testing 2 very popular Nvidia standard drivers which a lot of people have claimed run well. I will not bother testing DCH drivers since those perform worse in terms of latency and FPS for most people (including my system – tested it separately). 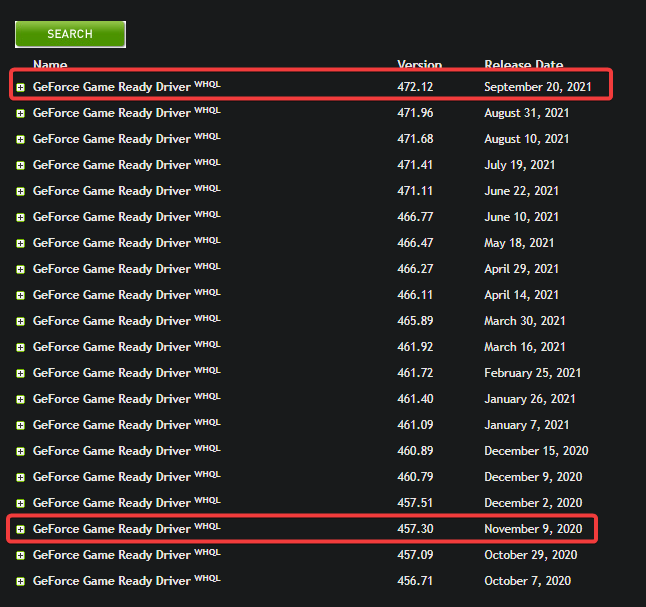 I opened the Nvidia driver search page and looked for the newest standard driver (472.12) and one of the oldest but a very popular pick among tweakers (457.30). I have used both of these drivers for prolonged periods before and the one single downside of the older 457.30 is the super slow alt-tabbing speed.

Otherwise, on my system, the older driver seemed to always perform just a tiny bit better than the 472.12 (the newest driver available for me). To finally put this question to rest I have devised a plan on how to test them both.

To properly test these drivers I have decided to look at which games with built-in benchmarks are available to me (long live Epic Store free games and Steam deals) and use them in a controlled environment.

I have also decided to compare Apex Legends which does not have a benchmark and is very annoying to test by using monitoring software. The Apex Legends results are the most volatile but since it is the game I play the most I have decided to include it.

The other games I could source are Borderlands 3, Civilization VI, Dirt 3, Batman: Arkham Knight, and CS:GO (custom workshop map). Even though CS:GO is a CPU bound game I wanted to see if a different GPU driver will have any significant effect on its performance.

For each game, I ran the benchmark 3 times and chose the worst performing one since I want to see what is the worst-case scenario. In Apex I played 3 games with each driver on the same map (Storm Point) and landed in the same places. As I mentioned before, the Apex test is a lot more volatile so you can take that one with a grain of salt.

In short, I have tried to eliminate as many of the variables as possible to give me a real look at whether an older GPU driver improves my FPS/latency in games or not.

In Borderlands 3 with maximum video settings after 3 runs for each driver, I have achieved the following results. These are the worst runs for both drivers showing the worst-case scenario I would have to deal with in-game.

The average FPS and average frametime are both better on the older driver although not by much (since this is the same hardware you cannot expect huge differences in FPS).

Civilization VI is important for my benchmarking because this game focuses more on frame times rather than FPS showcasing what is the average frame time and the 99th percentile of the benchmark. 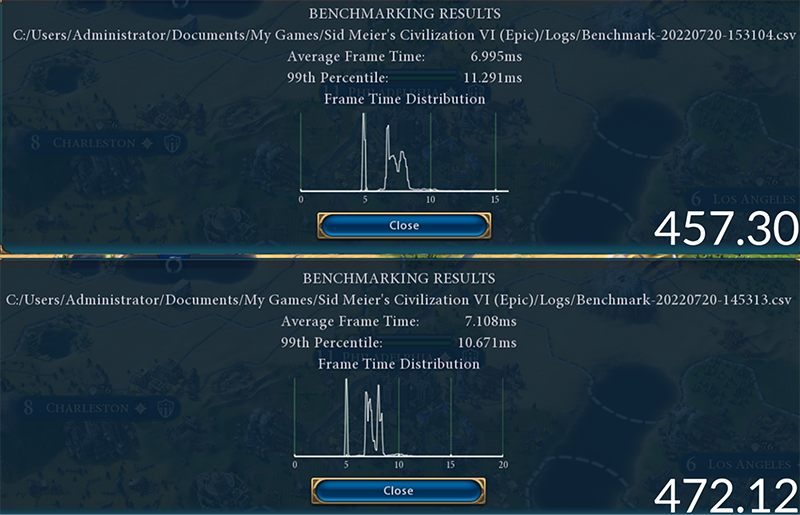 Here we see an interesting picture where the average frame time is better on the older driver but the 99th percentile is worse. The differences are slight in both cases but by looking at the graphs rather than the values it seems that the older driver offers a more stable (fewer peaks) performance in Civ6.

The worst runs out of 3 benchmarks on both drivers in Dirt 3 paint a clear picture where the older driver performs better both in average FPS and in minimum FPS. The testing was done with all of the highest graphics settings but it seems the game is still light enough to run 300+ FPS.

This is the biggest difference in average FPS I have noted while comparing the 2 drivers. This might be due to how old the game is but at the same time you would expect the Nvidia drivers to only get better right?

In the case of Batman: Arkham Knight even when comparing the worst runs out of the 3 benchmarks it seems there is no significant difference since the results fit into run-to-run variance. 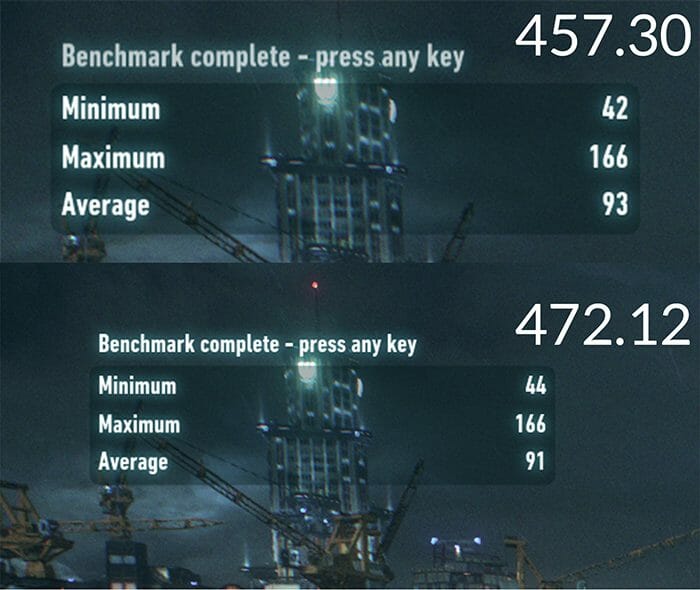 I actually ran more than 3 benchmarks for each driver because the results were always almost identical but the conclusion was always the same – the driver did not make a difference in performance for this game.

CS:GO is bottlenecked by CPUs in most configurations but I was still curious to see whether the Nvidia driver will make any difference in one of the biggest eSport games. Unfortunately, the results were as I expected – no real difference in performance. 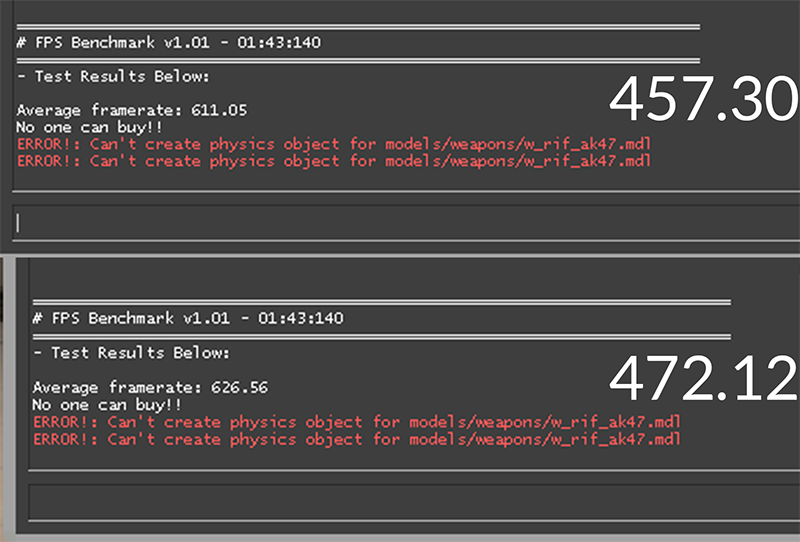 Although here we can see a slight win for the newer driver this is all normal FPS variance for CS:GO and you would have to remember that this is the worst run for the older driver as well. Usually, both drivers would score between 1-2 FPS from each other.

Apex Legend was the hardest game to benchmark since it does not have a built-in test and the firing range FPS is completely different from the FPS you would get in a full BR game. Because of this, I have decided to play 3 games with each driver on the same map and drop in the same spots.

I have tried to mimic each run as much as possible but because of how unpredictable Battle Royale games the results are not ideal. Nevertheless, I was curious to see what kind of FPS each driver would give me since it would at least be a point of reference. 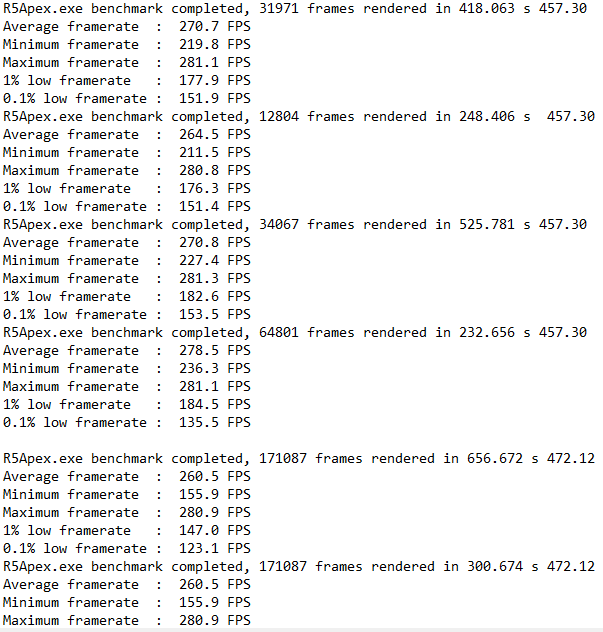 Unexpectedly the difference was a lot bigger than I had thought, with the older driver giving me better average FPS, minimum FPS, 1%, and 0.1% lows. The results were pretty consistent with me testing multiple rounds even after the benchmarking was done.

It seems that for my setup and my settings an older Nvidia driver does indeed help with FPS and latency but only in certain games. There are games where the driver seems to make little to no difference.

Considering that you are getting the same performance in most games but a boost in others you could try using one of the older drivers your GPU supports for better performance. Your results will vary from mine but it seems that there is some truth behind most PC tweakers using older Nvidia drivers.