by Stole Trishanski
XbitLabs participates in several affiliate programs. If you click links on our website and make a purchase, we may earn a commision. Learn More

Computer memory has a lot of different features and attributes to remember that can confuse many. There are a few different types of memory that reside within your PC, different names for each, different purposes, variations, and much more.

Both RAM and ROM are two very different types of memory present in every PC. They have different purposes and actions to perform. In addition, both function in different ways and have many different features, making them both equally necessary for the proper function of any computer.

What’s the Difference Between Ram and Rom?

Here is all you need to know about the RAM vs ROM difference. This includes how both work, what they’re made of, and what makes each unique. 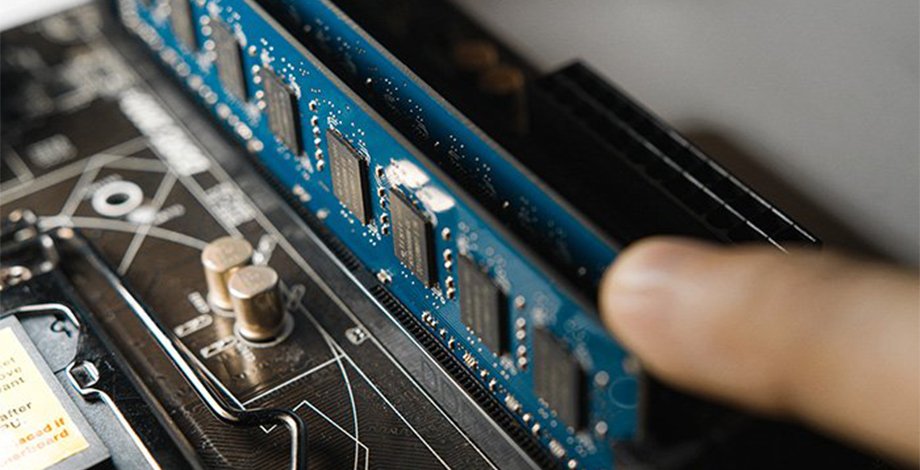 RAM stands for Random Access Memory. This is a PC component that sits on the motherboard in designated slots in the form of slim rectangle cards. They’re known as RAM sticks and differ in performance stats but not in size or shape regarding the actual slot.

RAM is classified as a volatile type of memory. This means that it’s not permanent, and is lost every single time the computer is shut down or restarted. That’s completely normal, as this type of memory isn’t designed to store permanent data like images, documents, or anything similar on your PC.

The main purpose of RAM is to store important pieces of data for various applications in order to reduce access time significantly. This allows each app on your device to load faster and provides the ability to load and run multiple apps simultaneously. It’s a very important component that has a part to play in determining the speed and performance of any PC. In addition, overclocking the RAM can boost speed given that the CPU can handle it.

If you ask yourself how much RAM your PC needs, the more the merrier is usually the answer. However, it has to match with other components like the CPU and motherboard to prevent you from going overboard. 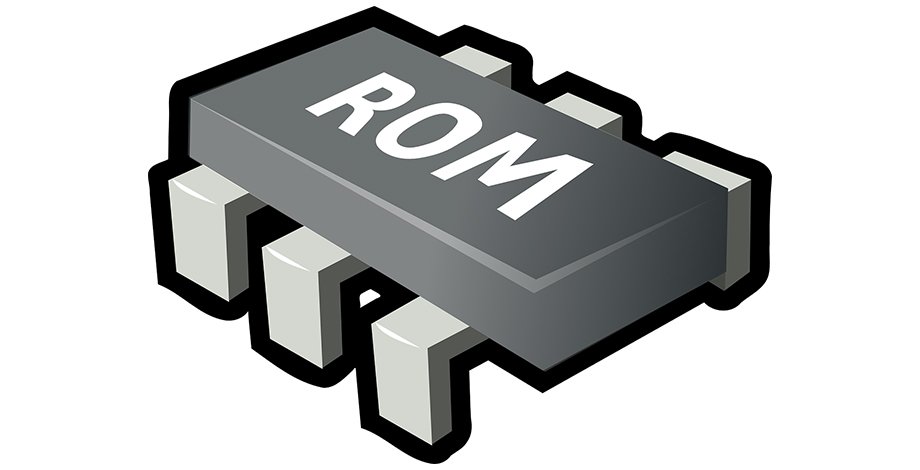 Read-Only Memory, aka ROM, has a few significant differences compared to RAM. The main difference is that it is the opposite type of memory, a non-volatile one. This means that the data that gets written on this type of memory is there to stay, permanently.

As opposed to RAM, where data is stored as electricity and needs power not to be deleted, the memory in ROM is stored and written to each cell using binary code. This allows it to stay there even after there’s no more power to the computer. So even when you shut down the PC, everything that was stored on the ROM will still be waiting there when you turn it back on again.

ROM is also much slower when you compare it with RAM and features less storage capacity. The main way ROM is used in PCs is for the start-up process or bootstrapping, whereas RAM is used continuously while the computer is active. While ROM doesn’t affect your PC too much after start-up, RAM speed can have great effects on performance. This is why most users focus on getting gaming RAM.

Main Differences Between RAM vs ROM

Even though they are very different parts of the computer, both RAM and ROM deal with various types of memory and are crucial for a normally working PC. Here are the main differences that you need to remember when it comes to ROM vs RAM.

Ever since Stole was a kid, when he wasn’t playing video games he was probably in some corner disassembling any gadget he could get his hands on. His curiosity and will to learn made him into a huge tech nerd and enthusiast. Finally, after years of practice, learning, and breaking hundreds of gadgets Stole is helping others learn everything about tech.

Not everyone is a tech enthusiast and is willing to invest their time, energy and money into purchasing separate components to build a better, on paper, PC; some people just want a pre-built PC, or an all in one PC. While all in one PCs are typically associated with office work, due to their practicality […]

UEFI Vs BIOS – What’s The Difference?

Hardware is developing so rapidly that we typically don’t have time to stop and see what changed and what benefits we are reaping. Installing operating systems used to be more difficult, during times when there wasn’t networking support, nor the ability to see a preview of your system of choice. BIOS or Basic Input Output […]

What Are the Best MSI Afterburner Settings?

GPU overclocking is a well-explored topic in the PC optimization world since it can achieve real performance gains that can be easily measured. The most common tool used for GPU overclocking is MSI Afterburner and as with any other tool, there are settings you need to familiarize yourself with to use the utility to its […]

Is It Ok to Buy Used PC Hardware?

The PC market is always growing and expanding while the PC parts seem to be climbing to new heights in terms of pricing. Buying new hardware when you want to upgrade your PC has become very costly so your average gamer will hunt for other possibilities like used PC hardware. The used hardware market is […]

If you have ever wanted to get some more FPS from your Nvidia GPU you have most likely thought of trying different drivers to see which one is better. In the PC tweaking community, people have tested multiple titles and the consensus is that you should run the oldest drivers your card supports. This is […]

Is Sleep Mode Bad for Your PC?

In technology, from time to time, some myths persist even if they are not supported by any scientific research, at least recent ones. These myths typically originate on forums or news outlets that misinterpret a fact and it gets into popular media. For PCs and laptops in general, sleep mode is often seen as a […]