What is Port Forwarding for Gaming and Is It Safe?

Networking is one of the most complex areas of the IT industry, one that produces problems on a daily basis. Even to this day, it is somewhat difficult to share files between two computers on the same network, unless the user is well-versed in the witchcraft of sharing over WiFi or even by using an ethernet cable.

Then enter networking on a wider scale, where your computer has to communicate with remote servers, meaning anything not on your local network. Once you lose a connection or are unable to establish one, particularly for some video games, you might want to take a look at port forwarding as the primary suspect.

Following is a detailed look at port forwarding and whether it is beneficial to apply it to video games, as well as its safety.

What is Port Forwarding?

Port forwarding is also known as port mapping and is a way to let devices on a local/private network communicate with devices which are outside the network (via the internet, for example). This is achieved by giving each device connected to the network their own combination of port number and address. This way outside traffic will know where to send data packets, once they get to the gateway/router and modem.

The following image demonstrates a visual representation of different devices on a private network having a combination of their own internal addresses and port numbers. It also includes how an outside connection would perceive and react to such a configuration. NAPT stands for Network Address Port Translation, which is frequently used to configure multiple devices on a private network for outside access. 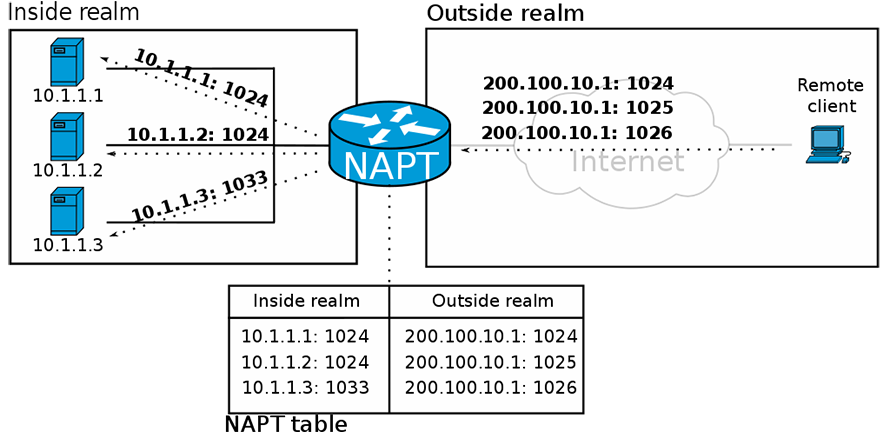 Why is Port Forwarding Used?

Port forwarding is used to enable outside communication with devices on a secure, masqueraded, or private network. With each device and computer getting their own address and port number, they can connect to an outside service, for example, a favorite video game server. Other purposes of port forwarding include SSH connections, FTP access, as well as creating local servers on a private network.

To make things clearer, port forwarding is only necessary when a device outside the secure/private network is the first one to try and initialize a connection. Without a mapped port, it will not be able to see or recognize the correct device inside the network.

In other words, port forwarding is unnecessary if your computer, for example, is the first to contact the outside world, when you launch your game’s client.

Port Forwarding in Gaming – Is it Necessary?

Video games are aplenty, particularly multiplayer ones which require network access. Depending on the game, for the most part, a user will not need to set up port forwarding. Some games have been known to benefit from port forwarding, like Rainbow 6. Though, the information regarding the cases surrounding Rainbow 6 dates back to 2017, making it technically obsolete by today’s standards.

Most video games will not require port mapping. Diagnosing network connection issues is recommended prior to port forwarding. Following is a simple guide on how to forward ports.

Port Forwarding – It is Easy

Depending on which device you are using, port forwarding is relatively easy to set up. If you are using a PC, or consoles, you would still need to go through your default gateway, meaning a router. From a PC or laptop, preferably something with an ethernet connection, access your router by typing in 192.168.1.1 into a browser address bar.

After entering the credentials for your router, you should navigate to the port forwarding section which should look something like this. 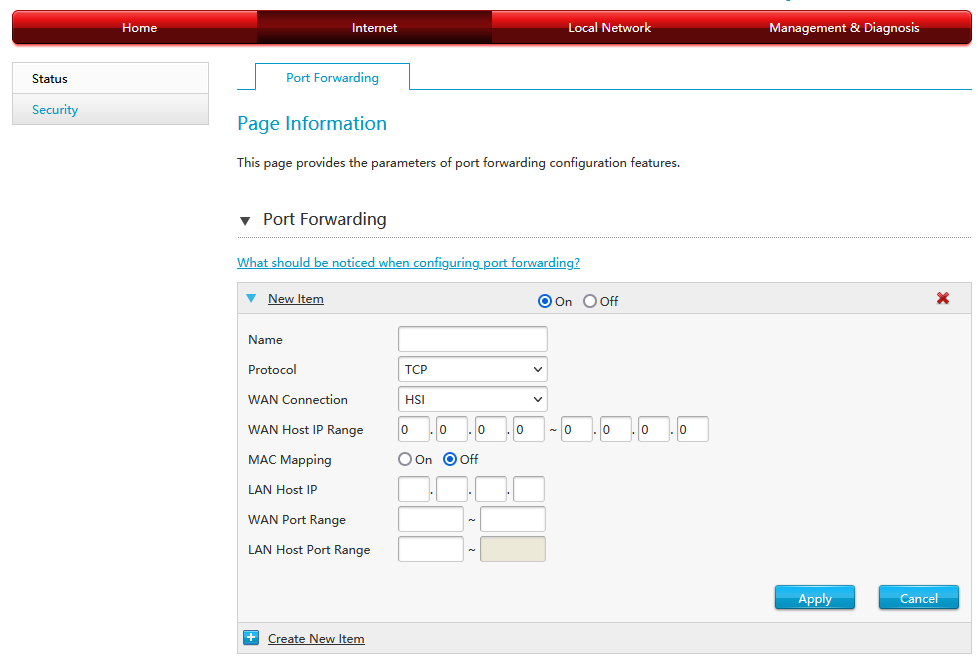 Typically, game developers will list both TCP and UDP ports which you can open. You can select the protocol which you want, and then a port, or in the case of the router above, a range of ports. You will need to enter the IP address of the device you want to forward a port for. You can see the IP address on the device itself, whether PC or console, in their respective network settings. Another way to see the IP addresses of connected devices is through the router settings.

Once you assign the protocols, ports and IP address, you are ready to forward ports.

If you have a healthy device, or rather, if there is no malware on your device, then port forwarding should be safe. However, once you forward a port, it will stay open no matter whether your video game is running or not.

Some routers allow for advanced settings so that the ports can only be opened when gaming. You can also make a firewall rule which will allow you to monitor connections through a range of ports.

In the case of a device which has no malicious code on it, particularly the kind which thrives with network access, port forwarding should be safe. People have had ports opened for years on, without any consequences. If your browsing habits take you to the uncharted waters of the internet, you should consider turning port forwarding off.

Is Port Forwarding Necessary for Gaming?

For most use cases, port forwarding is not necessary for gaming. The image above, showing port forwarding settings, was taken from the author’s own router. No ports are forwarded and there are plenty of multiplayer games played on a regular basis.

Some games might require port forwarding, however. Most developers suggest basic network troubleshooting. Checking the cables, whether the router is working, contacting your ISP and selecting the best WiFi channel are advised prior to port forwarding. Your WiFi connection might have been going through a congested channel, rather than an optimal one.

Port Forwarding for Gaming Could Help

Port forwarding applies NAPT so that devices from outside a private network can initiate communication successfully. Port forwarding is unnecessary in most everyday use cases such as gaming and streaming, where your device will be the first one to contact other devices outside your private network.

On rare occasions when you cannot find any other solution for network connection issues in gaming, port forwarding should be considered. It is considered safe, if the user applies standard internet and browsing security measures such as staying off shady sites, downloading files from trusted sources and setting up router and WiFi security.